We discovered SICAB with the greatest connoisseurs of horses

Temperance and nobility are two determining factors for one of the most beautiful animals in the world: The Purebred Spanish Horse. It is well known to all that besides the dog, the horse can also be man’s best friend. Just take a look at the love of the equestrian world that exists all over the world and the multitude of people in our country willing to support this breed. This is how we saw it in The International Horse Show (SICAB) de Sevilla, open to the public until Sunday, November 21. In addition, this year, the world’s largest body shape and function competition is holding a special celebration by celebrating its 30th anniversary.

At COOL, we spoke with some of the foremost equestrian specialists and in-depth competition connoisseurs to reveal all the secrets of this once-a-year event. Jose juan morales, President of the National Association of Spanish Purebred Horse Breeders (AGAIN); Pedro pingarron, Owner of Mother of christ, best cattle in the world 2015, 2016, 2017, 2018 and 2019; Francois Garcia, ex-presenter and ex-trainer of the SR4 stud farm and current young rider, trainer and breeder; and Aquilino Moya, owner of a ranch of the same name, 4 times world champion and former member of the ANCCE.

Visitors from all over the world have attended (and will attend) during these days this 30th anniversary of SICAB in which normalcy, after a particular year, seems to return to our lives. Breeders, hobbyists, families and tourists eager to have a good time bring the Palace of Congresses and Exhibitions and they come together to share their passion for the Spanish horse.

Knowing every corner of SICAB is an adventure for those who visit it for the first time. Presentations, tributes, various activities on the slopes, a space dedicated to gastronomy, stands and a fashion space, among others, are some of the activities to be experienced during the competition.

However, a simple glance would suffice to discover the affection and passion between farmers and hosts, who are ready to make, in addition to new friends, a lasting memory of each edition.

“In 2007, we acquired 10 mares from Alberto Abajo’s herd, champions of the morphology and movement of this great selection team. He had about fifty extraordinary mares and, in our judgment, we made the selection for the selection. These champion mares came from a line of horses that had triumphed in Spain ”, explains Pedro Pingarrón when asked about the birth of the Mater Christi herd.

You don’t run after the prices, you work for them

This young stud, not being recognized at its beginnings, had the opportunity to contrast the purity and the breed of the horses in order to draw the conclusions of the presentation to the SICAB. So for 5 consecutive years he managed to be at the top and be the stud with the most consecutive awards recently.

And if anything can catch the attention of this consolidated iron, now yes, it is that this edition they have decided to make room for other international names with their players so that they compete more strongly. Meanwhile, Mater Christi, gave his horses to other riders to excel in dressage. “The objective is to enhance the PRE in dressage because it has enough qualities to stand out in any discipline,” explains Pedro, “since it is valid for high performance given its evolving breed.

In the next edition, AGAIN It will be 50 years since its inception, and its current president has told us what exactly this institution is, which, apparently, will carry the title of ‘Real‘thanks to a concession from King Felipe VI.

“The pedigree book of the Spanish-bred horse has always been kept by the Horse Breeding Service of the Armed Forces, and has an original date in 1912.” It always belonged to the army until our entry into the European Union, and in 2007 he had this file managed by the Ministry of Agriculture and, from there, we were born, ”explains José Juan Morales. This genealogical book is currently part of the ANCCE.

The Spanish horse is noble, intelligent, avoids complications and of great beauty. The union of all these characteristics is the PRE.

José Juan tells how lucky they are thanks to the support of companies and public and private institutions: “Caja Rural and the company El Molino, are two examples. The Royal House is another of our supports; it has always been. The King has always been the honorary president of the SICAB and the Infanta Doña Elena comes to preside or inaugurate the editions and events. Even if the link with the royal family is very old. The origin of this relationship can be found in Felipe II, passionate about the Spanish race horse ”.

“The potential of our Spanish Thoroughbred is maintained by being born and bred in our country, because here the ideal weather conditions exist for us to have the best. Which is not to say that there weren’t any specimens to dream of.

The Spanish horse won wars and was capable enough to withstand weapons. And there are institutions that ensure their perseverance such as Las Caballerizas Reales de Córdoba or the Real Escuela de Jerez. They both explain the horse of today well, ”says the breeder when asked about the champion horse as 4-time world champion.

A look of joy emerges on his face when asked about the feeling he currently has during his visit to SICAB of having been world champion and member of the ANCCE association. Although Aquilino specifies that he is currently proud of the fact that La Yeguada Militar de Écija (one of the two most important existing in Spain), has set its sights on the morphology and functionality of its horses to embryo and persevere the Spanish race in the military zone. A way of making the Spanish breed last with pride, as he emphasizes, to obtain more copies. All this with the good genetics of those who were the world champions in their time.

“The job of the horse presenter is to make sure the animal is 100%. Both in beauty, in musculature or in skin; and try to get it out as best as possible. And that’s mainly what I did with Sergio Ramos, with whom I worked until a year ago. 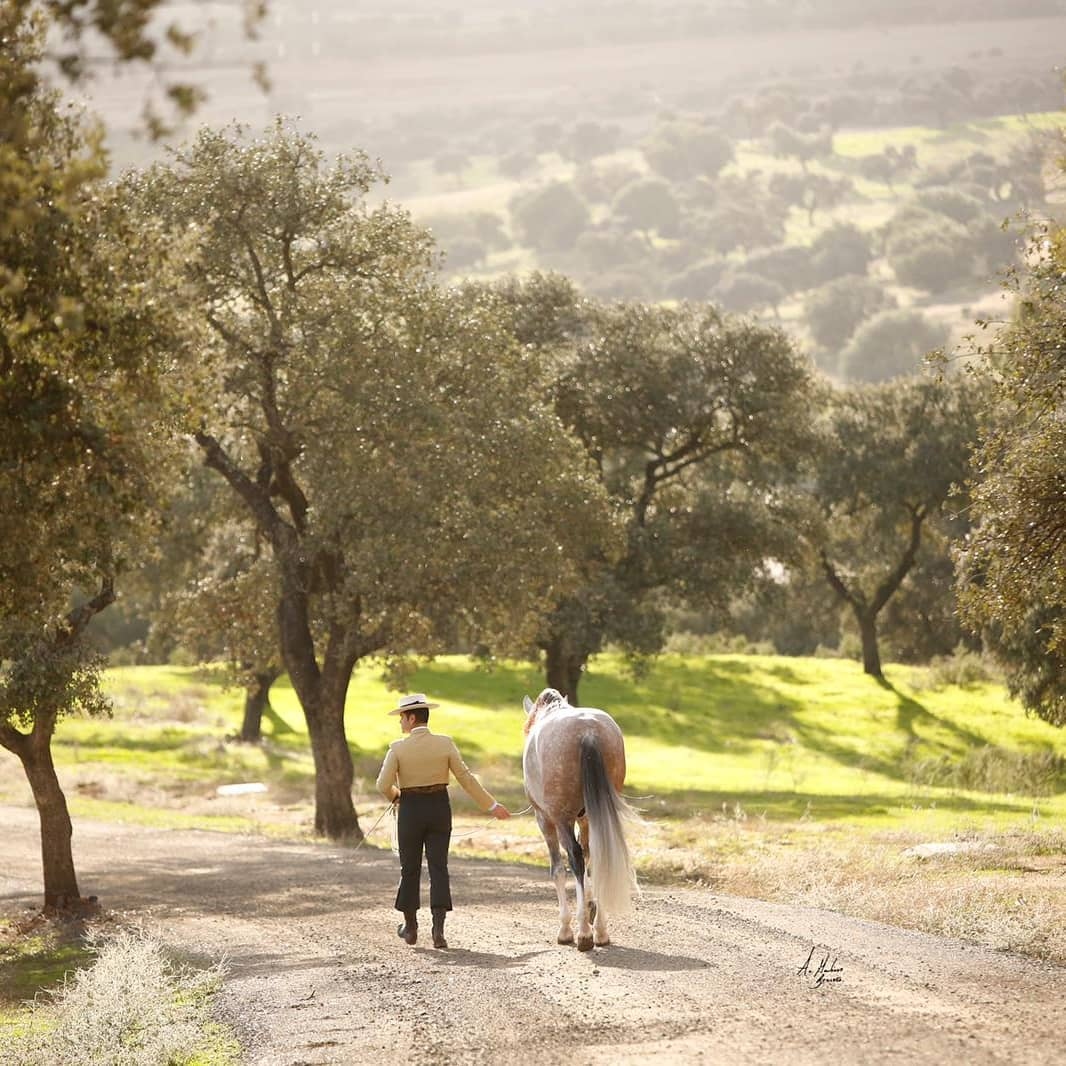 Specific, YucatanIt is the horse that has marked my professional career the most. But life itself is living stages. Together, we made some very beautiful projects, which were seen; but I decided to follow my own path “, concludes the young rider with a smile”.

Disclaimer: This article is generated from the feed and not edited by our team.